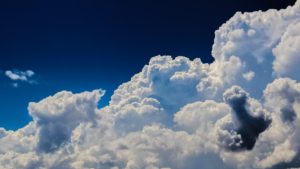 When the winter is dry, the north wind blows abundantly and when the spring is rainy with southerly winds, summer will bring a lot of fevers! Weather and health go hand in hand.

These observations are due to the father of modern medicine Hippocrates the Great. He was the first to record his observations on the harmful effects of the winds on health. At the time, he claimed that a good doctor had to consider the climate, he had to take into account the winds and the sunrise.

For Hippocrates, the human body is made up of the four fundamental elements that make up the universe, namely air, fire, water, and earth. He felt that all these elements, sometimes antagonistic to each other, must inevitably be in equilibrium.

“Weather and health, a winning combo!” was originally published on MeteoGlobale.com on March 29th, 2018

A question for you

In your opinion, which month is the most suicide month in Quebec?

Between 2000 and 2010, it is in May that there is the most suicide and at least December and January that there is the least. Another belief that collapses. The spring or the season of suicides would, therefore, be the cause of many suicides. In fact, research in the field seems to show that it is at the beginning of a cycle, during the day and not at night, that the most suicides occur. So it’s the change in solar radiation at the changing seasons that push vulnerable people to act.

Medicine has evolved, has progressed in all areas. But, it may have moved away from the essential, the direct relationship of the environment with the human being, but also with the weather.

The purpose of the BLISLY application is to bring these two realities closer together. And that works, in version 2.0, BLISLY analyzes differently the weather factors. For example, it is no longer the absolute value that is important in our algorithmic calculations. And we can still progress, thanks to you. By filling in your daily log, you can compare your condition with the weather factors. You will also discover who influences you the most. But thanks to you, we will be able to make the clues more precise, and eventually, customize them. Let’s build together our BLISLY index, your BLISLY index.

Share this ArticleLike this article? Email it to a friend!
Email sent!